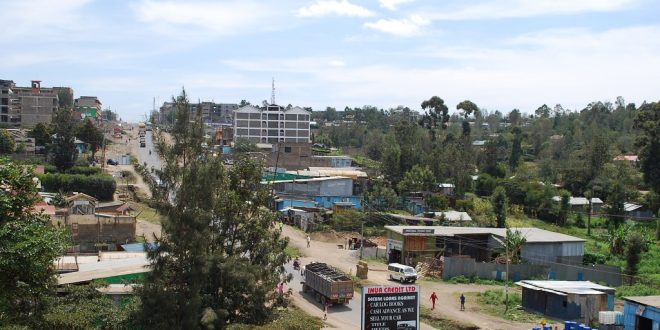 Kajiado North and Kajiado West sub counties are growing at a fast rate and anyone interested in acquiring property or investing in any sector should take advantage.

The plans by National Government to tarmac Ngong Suswa road and Bomas Corner Baridi are among major projects that will transform the region. The national government is also tarmacking Gataka Rongai road and Maasai Lodge Rimpa Road among other key roads.

Acumen Equities Limited CEO Julius Ngamate says land in the towns will be very expensive in the future, he says the road network will transform the region. The region is in a strategic position for investors, the region borders Nairobi, Karen and Kiambu County which are investors destinations.

“The government has to put up a sewerage system since this is one of the challenges facing the residents,” he says, he points out that the sewer system should be taken serious since lack of sewerage is a health challenge in the county.

Public Service Vehicles stage and a market are also issues the county should solve the towns Kiserian and Rongai have no bus stations and PSVs drop people on roads causing congestion.

Ngamate says security has improved in the region and the peace will attract more investors, sometimes back the towns were hideout for criminals.