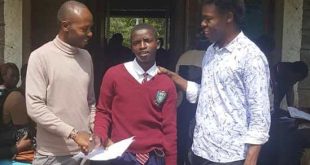 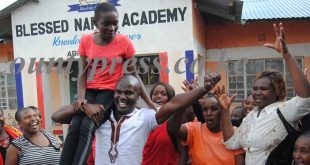 Teachers in Loitoktok, Kajiado County in collaboration with local health stakeholders have adopted a unique programme to ensure pregnant girls are kept in schools and continue with education after giving birth in a bid to promote wanting formal education in the region.

The programme  dubbed: ”Against the odds initiative ” has been prompted by high numbers of girls’ absenteeism in schools and early pregnancies pushing most of the Maasai girls out of school.

The programme has been rolled out in 34 primary schools in the entire Kajiado County sponsored by Amref and Malkia initiative.

In a case where the girl fails to pick the sanitary towel, a special committee formed by the teachers under the school hygiene management programme follows up the matter.

This unique programme begun in 2016 at rural Iltilal public primary school after cases of early pregnancy and girls’ absenteeism increased affecting education in the region. The school is in a remote part of Kajiado on the slopes of Kyulu hills on the way to Tsavo West National Park.

The school conducted a research that established that the number of girls in upper primary school was declining after every term. It was found most of the girls were missing classes during menstrual period while others realized they were pregnant during this period, dropping out of schools silently.

The school’s head teacher Leonard Mugusu said the school reached private stakeholders to jump-start the new programme that has so far seen eight girls given a chance to continue with education after early pregnancy.

“With the new programme teachers are the first people to establish when a pupil is pregnant. We engage a counselor before we bring the parents on board. It is our policy to keep the pupil at school to the last days to give birth and welcome her back to continue with education,” Mr Mugusu said Mugusu was crowned male champion on menstrual hygiene in Kajiado County.

The victims are said to rarely get justice in courts as most cases are dimmed a cultural practice. Suspects are commonly fined by elders. Boys have been incorporated in the programme to offer moral support to girls.

Malkia intiative whose primary focus is Menstrual Hygiene management is defying odds in Maasai community by reaching out to more than  12,000 school going girls in the region.

Ms Lemaron said early pregnancy has been alarming in Kajiado County. He challenged various stakeholders to unite in keeping Maasai girls in schools to promote formal education. The programme is slowly spreading to most schools.

With the programme launched at Iltilal primary school has seen numbers of female students surpassing those of boys by 20 per cent. The school has 708 students. In 2018, it was ranked second best in KCPE exam in the entire county with female students topping the class. 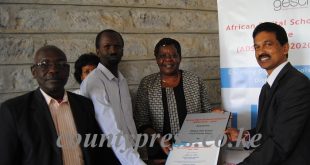