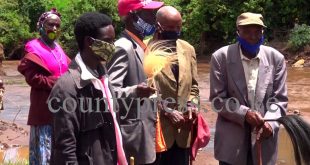 Various sub locations will benefit from a national voice infrastructure set up by the communications authority of Kenya through Universal Service Fund at Maji Moto area in Narok South Sub Location. Some of these sub locations include Elangata, Enterit, Enkutoto, Entasekera Hill and Olomunyari.

The project which is still in phase one and has reportedly connected 68 sub locations throughout Kenya is said to have cost 1.2 billion.

Speaking at the launch of the Universal Service Fund (USF) Voice Infrastructure project for the entire country the Chairperson of the Universal Service Advisory Council Dr. Catherine Ngahu said that her organisation main role was to identify gaps in communication and give advice to CAK so that they make efforts towards ensuring that every place has access to mobile services, data and internet connection to promote widespread access to information services.

Mercy Wanjau (CAK) Acting Director General who was also present during the event  said that the initiative would go a long way in reaching remote areas in the country often shunned by  existing mobile network service providers  for lack of return on their investments.

Communication Authority of Kenya (CAK) chair Mr. Ngene Gituku said that he was delightful over the launchin project that marked a major mile stone towards the achievement of expanding the digital inclusion in Kenya.