Narok painter who was recognized by Uhuru for Covid-19 awareness 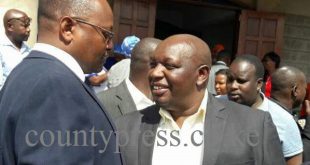 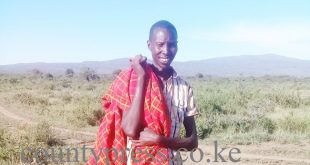 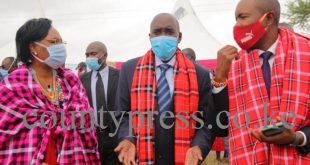 Narok County resident Alvin Otila was among Kenyans who were feted by President Uhuru Kenyatta for their efforts of creating awareness against the spread of the Covid 19 virus.

The man in his late 20s and his family could not hide their joy as his name was read out towards the end of President Uhuru Kenyatta’s speech during the Madaraka day celebrations.

You will find him on Narok streets during the day shouting his lungs out Nawa Mikono Zuia Corona, (Wash your hands and stop Corona) and he could be mistaken for a street comedian looking for a few coins.

He paints his body in national colours every morning, carries a five-litter jerry can of water on his back and then heads out to educate residents on the importance of proper hygiene to prevent the spread of the virus.

According to the painter and artist, he was among those who were affected by the pandemic that led him to stop performing his music shows.

Instead of sitting idle, he decided to go out on the streets, put his skills to work and help people overcome the pandemic so that they can return to normal.

On a normal day, he washes up to 200 residents including the street children, bodaboda riders, street vendors and retail shop owners around town.

He also educates anyone willing to listen on how to prevent the spread of the deadly virus that has claimed the lives of thousands globally.

His prayer is to get a few well-wishers to support his charity work of educating others on the importance of proper hygiene.

Bodaboda rider Charles Mutua is happy with his efforts of educating the public, while Steven Kandeti, a matatu driver plying Mau-Narok route is also very great full that Alvin washes his passenger’s hands.

Alvin’s wife Triza Kwamboka thanked the President for recognizing him, although at first she was irritated by his habit of painting his body and heading to town half naked and bringing so little back home in the evening.

“Honestly seeing your husband heading to town early in the morning putting on a short, with the flags of Kenya shouting around in town is quite uncomfortable. You wonder what the neighbors are saying,” she added.

The family hopes the award will open up to new opportunities as they persevere in this hard economic time. 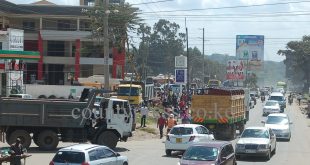