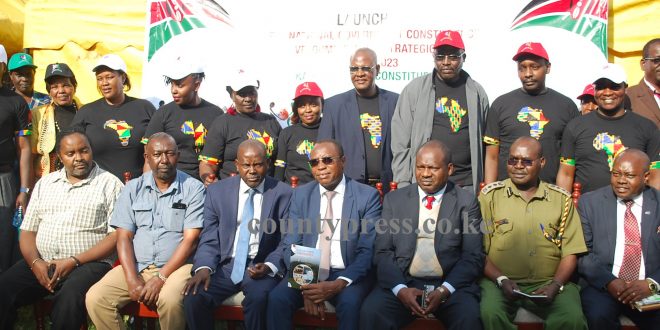 MP Manje calls for deportation of illegal immigrants in Kajiado

Manje who was speaking during launch of National Government Constituency Development Fund strategic plan 2018- 2023 in Ngong said the population of  illegal immigrants in the county is increasing and need to be controlled ,he said they are a threat to locals.

“We have 212 Congolese in Kware, they have started a church, chiefs and administration should scrutinize their papers to know if they are illegally in the country,” he said.

He said two weeks ago there were 76 foreigners in a house in Merisho Olkeri Ward, they were returned to Kakuma Refugee Camp after his intervention. He noted that they are transported in small numbers and open businesses in the area without documentation.

“There is one lawmaker who said enough is enough and said they should go, there is something growing up in the background” he said.

Manje said the foreigners should be documented before allowed in the country.

The population of the region is growing too fast and the MP said the NGCDF strategic plan will improve development of the region, adding that is focusing more on education.