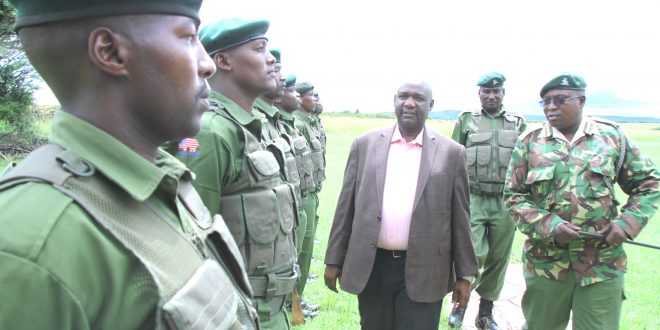 Tourism boost is expected as the world-famous Masai Mara Game Reserve is set to be recognized as World Heritage Site by the United Nations Educational,Scientific and Cultural Organization(UNESCO)for its wildlife richness.

This was revealed by Narok Governor Samuel Tunai during the New Year eve who said the recognition will further boost the image of the renown game reserve in the continent.

“Masai Mara Game Reserve remains the jewel on the ground in terms of tourism in Africa and the world and that is why we have began task with UNESCO to ensure that it is recognized as among the world heritage site by 2021,”said Governor Tunai.

The Governor who also serves as the Chair of the Tourism Committee at the Council of Governors said the park has over the years engaged the local community to embrace conservation and as a result thousands of acres have been set aside for wildlife conservancies.

World Heritage site  is a natural or man-made  site,area or structure  recognized as being of outstanding international importance that deserve special protection.

The sites are nominated  to and designated by the World Heritage convention under UNESCO.

He also reiterated that his administration in collaboration with the national government has improved the infrastructure and ecosystem management making it  part of the most attractive park in the globe.

“During the Christmas and New Year festivities,hotels,camps and lodges in the game reserve were fully booked with domestic tourists being majority.This shows the world that the park is still the best even on off season,”he added.

Governor Tunai has also called on the hospitality facilities to provide subsidies in terms of lodging/accommodation fees to local tourists for sustenance.

He said : “We want to see more Kenyans and East Africans visiting our tourism facilities to see for themselves the beauty of nature in their midst.It is sad that many international tourists fly to come and see our wildlife while our people cannot enjoy the same,”said Governor Tunai.

Masai Mara has for several years maintained the most attractive tourist site in the world as ranked by the World Travel site.