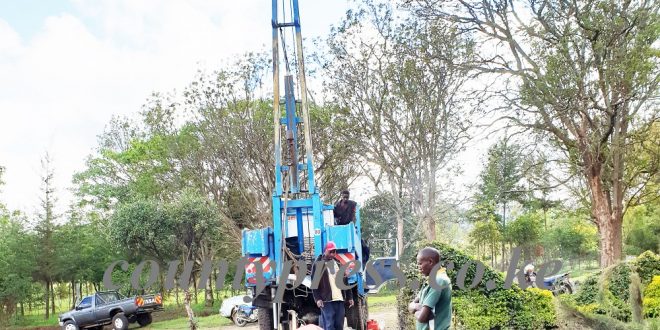 Water being scarce in the region many groups were formed and opted boreholes rather than relying on the erratic Nolturesh water supply. Photo Isaac Lenkou

Residents of Kajiado South sub-county have appealed to  the management of Nolturesh water project to ensure that supply to their homes is not interrupted.

Many households have been complaining that the water supply is often interrupted forcing them to depend on water vendors who sell the it at exorbitant prices.

“We have not been having running water in the water taps for up to 3 months and now rely on water vendors who overcharge us,” lamented one resident.

The over 10,000 households who rely on the project for water have complained that supply is erratic and they go for days without water.

Some people, however, blame the shortage of water on the rapid increase in population within the Loitokitok trading centre.

They said this forces the residents to scramble of the precious commodity.

Water is scarce in the region and as a result many groups have  been formed to finance drilling of boreholes.

The different groups along the border of Kenya and Tanzania opted to seek permission from the Tanzanian authorities and to draw water from seasonal streams which run from Mount Kilimanjaro to the lower side of the country.