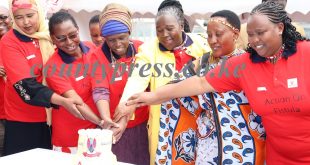 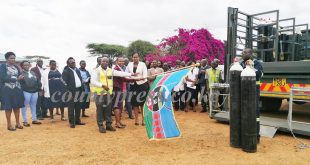 Unhealthy foods while at work is slowing down productivity while driving up poor diet related diseases like obesity, diabetes and cancer among employees.

The latest study by British Journal of Health Psychology shows that, food has a direct impact on cognitive performance, which is why a poor decision at lunch can derail an entire afternoon. The study found that price and location are key factors that employees use to determine the kind of lunch they consume.

“Unhealthy lunch options tend to be cheaper and faster than healthy alternatives, making them all the more alluring in the middle of a busy workday,’’ the study indicated.

Within the study, 230 participants reported their food consumption, mood, and behaviours over a period of 13 days. Afterwards, researchers examined the way people’s food choices influenced their daily experiences.

Most participants working for medium size firms reported feeling dizzy, sleepy and generally unproductive an hour or two after lunch break. At least147 out of 188 of them buy food from nearby joints.

The survey also found out that employees from firms which have strict food eating guidelines and involve nutritionists in the kind of food eaten during lunch break were more active.

The study concluded managements must control food choices for their employees for them to see productivity results they anticipate.

This perhaps explains why blue chip tech firms in the Silicon Valley are spending an arm and a leg to provide nutritional lunch for their employees. Google for instance spends an average of $20 per employee per day on food or $80 million per year.

According to Harvard Business Review, although it is expensive, feeding employees is nearly always expected in Silicon Valley. Twitter and Facebook also boast impressive free kitchens on their campuses.

Apptivate Africa, the owner of the M-Kula eating app estimates that Kenyan firms spend 10 times lower on employees’ lunch compared to that of Google, an average of Sh180.

Professor Judith Wurtman, the author of “Managing Your Mind and Mood Through Food” described the effects of nutrients on mental performance, mood and sleepiness.

The information was based on psychological research on the effects of nutrients such as protein, caffeine, fat, and carbohydrates on behaviour. She found that choosing or avoiding certain nutrients could either enhance mental acuity or decrease destructibility and irritability.

The research found that eating carbohydrates with protein had no affect on performance or mood, but when carbohydrate-rich foods, except fructose were consumed in the mid-to-late afternoon, mood and mental energy improved.

She concludes that providing high-quality, portion-controlled food to employees is a gap in workforce health programmes that must be addressed.

The digital lunch scheme provider, Apptivate Africa is helping firms in Kenya to fill this gap by linking them to nearby restaurants and vibandas which provide healthier food varieties.

Apptivate Africa CEO Neil Ribeiro believes that food is a basic human need, and a great way to get employees motivated and create an emotional connection between them and the company.

“At least 300 food joints have signed up on M-Kula. They provide quality food and special dietary needs ideal to stir up productivity among employees,’’ Ribeiro noted.

Apptivate Africa develops, manages and implements employee benefit and rewards schemes through a mobile phone based solution that is used within a network of merchants who are affiliated to Apptivate Africa.

As an organisation, we believe that to create lasting value, companies must place people at the centre of their thinking. Improving the Quality of Life for individuals will increase their productivity and the organizations performance.

Mildred Agoya can be reached on agoyamildred3@gmail.com or 0723757313 in case of any clarification. 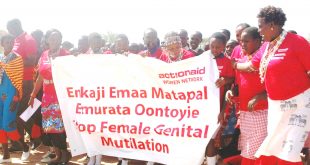