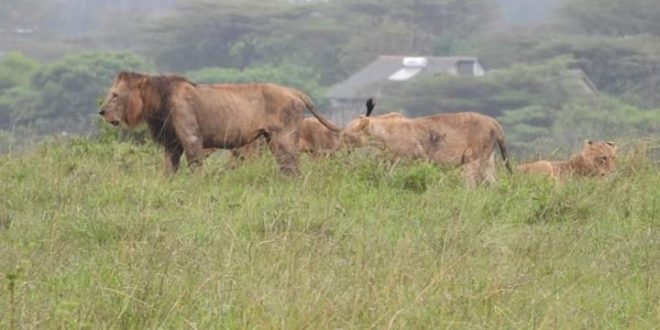 Fear has gripped Empuyiankat village in Isinya Sub County after residents recovered parts of human body suspected to be remains left after wild animals mauled and ate the person.

Early this month, residents woke up to a bizarre incident when they found a part human being leg abandoned near their residential home adjacent the rail way line.

The left leg from the knee downwards still had a piece of the trouser, black socks and a safari boot shoe.

According to the eyewitness the piece of a mature male leg had begun decomposing.

The incident raised tension attracting locals in large numbers. No one has been reported missing in this village.

‘’The incident shook the whole village. We suspect the victim must have been mauled alive by wild animals patronizing this region. We also do not rule out possible murder and the body dumped in there,’’ said Paul Toret, resident.

Fear has seemingly enveloped the residents with elders said to be planning a prayer meeting  to cleanse their village from bad omen.

‘’The incident is barbaric and unheard of in Maa community. It is very sensitive for us to see any human body part abandoned in wildness. Something has to be done,’’ said an elder.

“There is a possibility of murder theory and wildlife attack making it a bit complicated but we are investigating the incident. Some killers may dump bodies in wildness to be eaten by hyenas to conceal evidence’’ he said.

Mr Mugambi asked families with lost kin to report to Isinya police station for follow up.

In early 2019 body parts of a herdsman were discovered at Empakasi village in Kitengela in similar circumstances as Human –wildlife conflicts escalates.