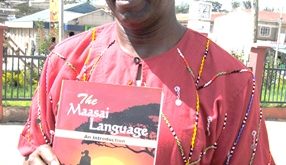 In many remote villages of Transmara area of Narok county, milk is an important source of nutrition —and now a critical source of income.
However, for many years milk production here has been erratic and the market unstable. In the recent past most women here collect and sell milk from their families’ livestock, but there’s no way to sell it other than walking several hours to hawk it for meagre earnings along the highway.
Ewaso Ngiro South Develpment Authority (ENSDA), a Regional Development Agency under the Ministry of Devolution and Planning established a Milk cooling plant in the area, linking rural farmers in remote villages with a stable market to sell their milk.
“Due to prolonged drought as a result of climate change and dwindling grazing areas there is need for pastoralists to diversify livelihoods support options such as dairy farming’’, explains Richard Tankile, Human Resource Manager at ENSDA.
“In the past, dairy farming in parts of Narok County was practised more as a subsistence undertaking, but we are now seeing more farmers joining dairy groups. The milk is now a source of regular family income,” noted Richard Lemein, the coolant assistant manager.
The establishment of a milk cooling plant in Transmara has led to increase in the prices of raw milk from Sh15 per litre to Sh 35. It has also created employment of about 100 youths in Nchipiship, Romosha, Olalui and Olomisimis.
“Lemiso, a local Boda Boda operator said it’s more profitable to transport milk from villages to the milk coolant compared to transporting passengers to Kilgoris or Shartuka towns. They charge between Sh2 to 3 shillings per litre and during a peak season he makes on average Sh2,400 per day.