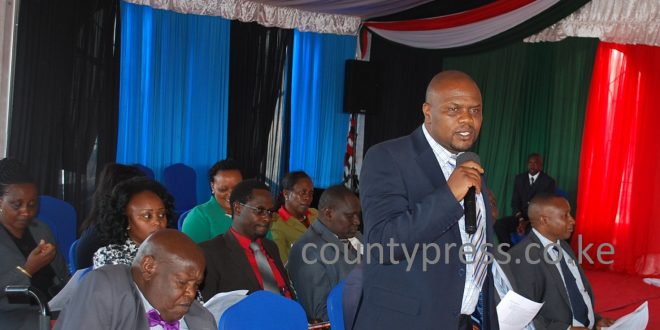 Kajiado County Government has reached an agreement with Kenya Power to reconnect electricity to Oloolaiser Water and Sewerage Company Ltd (OWSC) which was disconnected three weeks ago.

In a statement on Wednesday Nkaimurunya Ward Representative James Waishanguru said the county government through water CECM Michael Semera had negotiated with the power company to reconnect electricity after making down payments, it is demanding more than Sh 17 Million unpaid electricity bills.

“Depending on how water is pumped and distributed some areas will get water immediately while others it may take maximum another day,” Waisha said.

Waichanguru who chairs oversight assembly committee said the committee will have a meeting with the water company to find a permanent solution on the issue, this is the second time the county is bailing out the company, earlier this year the power company had again cut off power with consumers going without water for more than a week.

The Oloolaiser Company had indicated that they have not been able to pay the bills due to failure by clients to pay water bills amounting to Sh 40 Million.

Cholera outbreak was reported in Ongata Rongai with water vendors taking advantage of the situation demanding Sh 70 per 20 litres Jerrican this forced well-wishers to come out to help.

On Tuesday Rongai politician Abdisalam Hassan had announced that Rongai mosque water point will be charging the locals Sh 5 instead of sh 20 for 20 litres container.

On Wednesday morning politician Mohammed Musa and Businessman Anthony Keen had supplied free clean water to affected residents, they said they will continue with the exercise until Oloolaiser solve the problem.