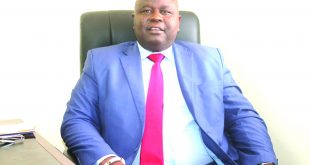 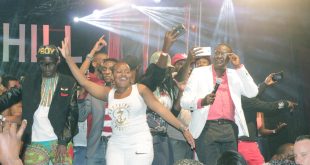 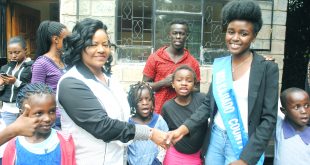 Residents of Ongata Rongai, Kajiado North Sub County have been front runners in charity work and giving back to the Society.

They observe a day to celebrate with the less fortunate. This year the charity day was held on the 6th of July.

Apart from visiting the sick and the less fortunate, this day also brings the youth together in a football contest played by teams from Rongai and Nkaimurunya Ward.

Interestingly Rongai residents do not politicize the events. In this year’s celebrations a businessman by the name Felix Waweru set a record of the charity day by visiting three homes, two children’s homes and a child battling cancer.

Waweru vied for Member of County Assembly position in 2017 but failed to clinch the seat. He has always tried his best in helping the community despite the fact that he lost in the elections.

“Most people would think that am doing this for political reasons, gaining some followers is not bad, but I believe we should strive to do good deeds no matter the circumstances that may befall us. I am giving back the community not because I want something in return but just out of good will and to show that it is not a must for us to rely fully on the government, if we come together as one, hold hands, we can change this country,” he said.

Waweru , his daughter Jessica and youth leader Moses Kamalik visited Ngamwanza Children’s home and gave out bags of maize, beans, peas, cooking oil, milk and bread. The donations were from his family and some friends who saw it fit to support the less fortunate.

They group visited home of young boy in Kware who is battling cancer of the eye commonly known as intraocular cancer. They donated food and Waweru promised to do more for the boy who has been begging for food around Tumaini area in Rongai for long. His mother does laundry for people earning less than Sh. 150 per day and the husband had left them after discovering the son had cancer.

The well-wishers also visited St. Paul Children’s home in Ole Kasasi, the home is owned and managed by Nairobi County nominated MCA Margaret Wanjiru Mbote. Mbote and other well-wishers started the home back in 2000.

The MCA had also vied for MCA position in Rongai Ward but lost. “We lost in elections and that did not prevent us from helping the needy and less fortunate. We have always tried to make an impact in society not because we have too much money but because we believe in unity, peace and love. We will continue transforming Rongai,” she said.

The group donated mattresses, blankets and foodstuff urging children to work hard in their education for a better tomorrow. The well-wishers later attended the charity day tournament in World Restoration Grounds where youths were challenged to focus on sports and shun drug abuse and crime.