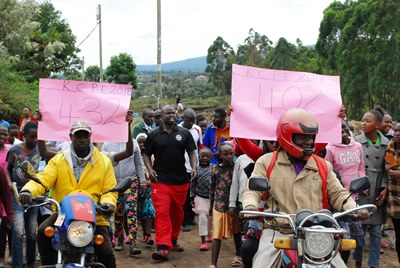 Kajiado County Schools are among schools that produced top performers in this years’ Kenya Certificate of Primary Education (KCPE).

There were celebrations in Acacia Crest Academy Kitengela, which produced a top candidate in the county.

Little known St Andrew Catholic from remote Gataka was also among schools that improved in the region. The top student scored 432 marks.

County Press, the leading newspaper in Kajiado and Narok counties, will be running a special focus on top performers in our coming edition.