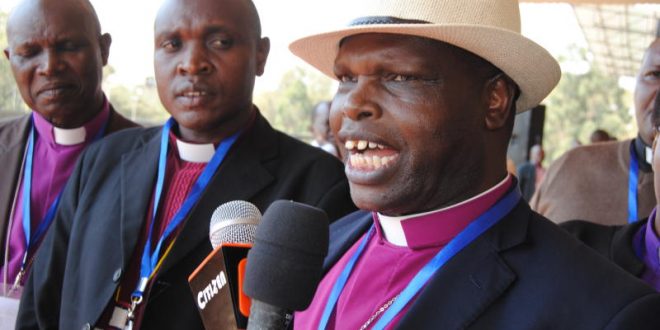 A section of church leaders have petitioned the government to come up with policies and programmes to empower the boy child whom they said has been neglected.

The cleric led by President of Africa Methodist Council Reverend Joseph Ntombura said the boy child has become endangered as the government and other human rights groups have put more focus on the girl child.

“In every family set up the man is the head of the family and for us to bring up upright children there must be a father figure.The government as well as NGOs should create strategies to protect the boy  child as they have done to the girl child,”said Reverend Ntombura.

The cleric also attributed the recent increase in homicide cases witnessed in the country in the recent past to lack of role models by majority of the young men.

He said: “As church we are worried over the fate of the boy child in the country and we are taking this issue seriously.We want to raise responsible, upright men who can be role models to the young generation,”.

The clergyman spoke at Narok Stadium during the annual Methodist Men Rally which brings together church’s men from all over East Africa to participate in unity activities such as sports and arts competitions aimed at giving men a platform to share experiences.

According to Reverend Alice Mutuma who was among the few women church leaders who attended the otherwise ‘men only’ rally hailed the initiative and challenged men to rise up to the occasion and educate the boy child on how to treat women.

“It was the African tradition for men to mentor boys to be men but what we are seeing is that men seem to have abdicated their duties.We are seeing men now killing women over relationships. We need men who value humanity in the society,”said Rev Mutuma.

George Mugambi,Chairman of the Men Fellowship at the Methodist reiterated that the boy child was vulnerable and should be protected.

“We want to see the boy child uplifted.As church we have initiated programs such as fathers and sons,we also have boys’ programs but we want the government and other partners to also focus on the boy child empowerment for the sake of the men’s future,”said Mr Mugambi.