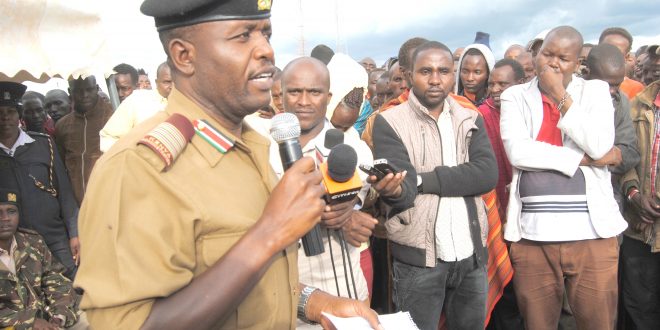 Mr Natembeya who spoke during his tour of government projects in Transmara reiterated that the Government will  not condone any shoddy projects.

The CC inspected the 43-kilometer Kilgoris- Shartuka-Soiti-Murkan-Emurua Dikirr road that is being constructed and financed to the tune of Sh1.2 billion, a Sh36 million water project and a tea seedling nursery that will cost Sh10 million.

He commended the contractor making the 43 kilometer stretch road saying despite having received only Sh 200 million payment out of the Sh1.2 Billion required, he had already tarmacked 13 kilometers.

“The contractor has received only 17 percent of the total money allocated for the road yet he has completed 27 percent of the work. We have inspected the road and confirmed that the work being done is perfect,”  noted Natembeya.

The Resident Engineer Stephen Musindayi said the contract signed in 2017 covers improvement to bitumen standard and performance based routine maintenance of the road.

Matiang’i later directed the county commissioners to report on the National Government Programmes and projects being implemented in their counties on a weekly basis.